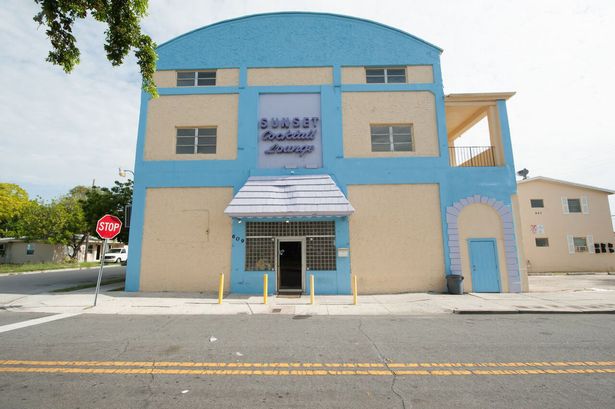 Our first set up day in West Palm Beach, we set up in front of the Sunset Lounge, an infamous nightclub in West Palm Beach which saw the likes of Count Basie, Ella Fitzgerald, Ike and Tina Turner and countless other African American performers. Nestled in what seemed to be a neighborhood that was undergoing what the locals called “redevelopment” and that shares many of the same problems which urban neighborhoods tend to face, the Sunset Lounge exists as sort of a cultural relic to the good old days when there was a vibrant African American community in this section of West Palm Beach. 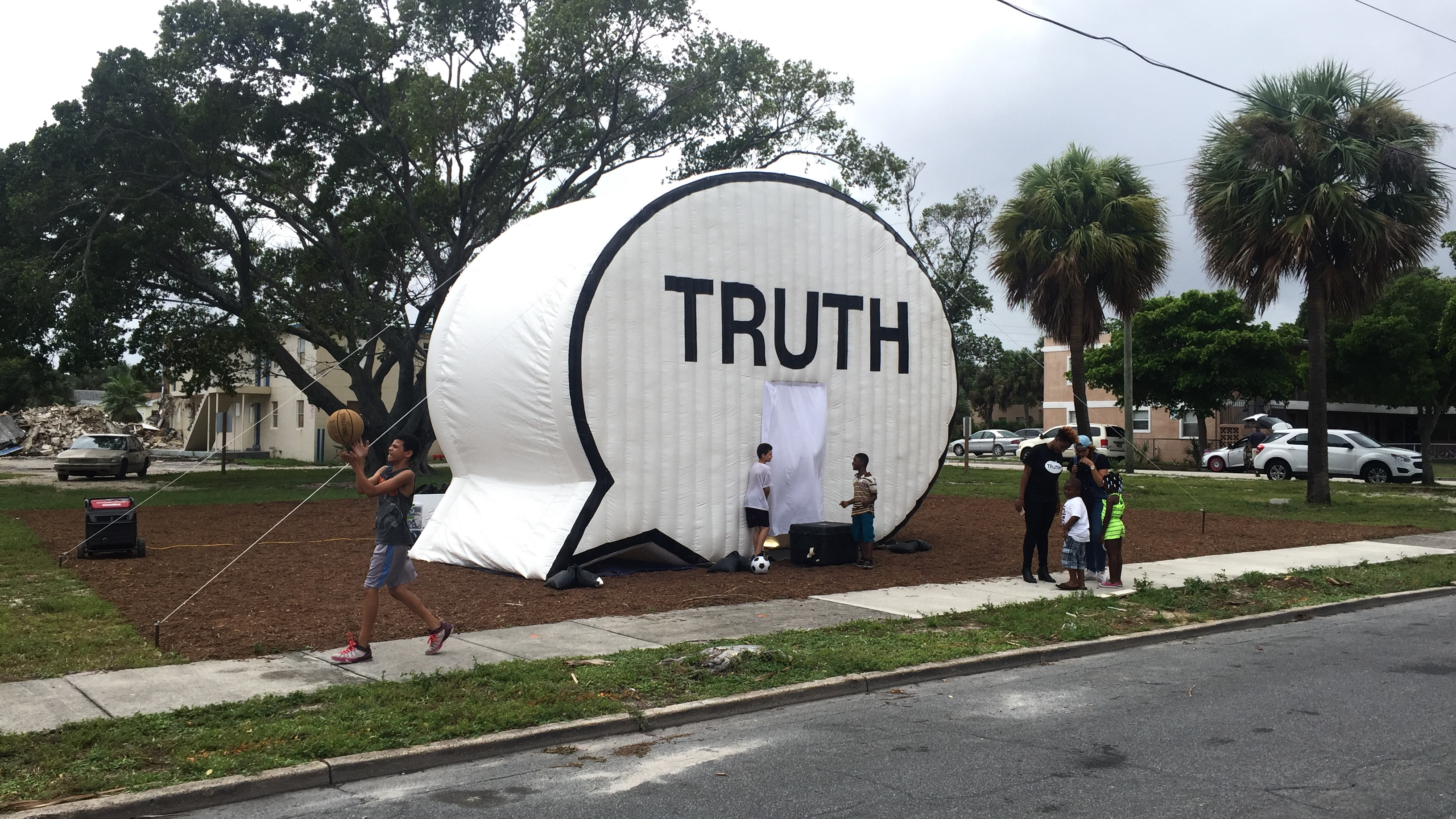 Truth Booth set up across from the Sunset Lounge

Setting up in this location we quickly met the crew of local kids who play in the abandoned square directly in front of the Sunset Lounge. They told us of the harsh realities of the neighborhood, the shooting that took place in the behind Sunset Lounge the night before and pointed to the buildings they all lived in across the street from the lounge. One kid pointed to the demolition that was going on and said that he actually used to live in the building that was being demolished. These kids were the biggest supporters of the truth booth spending the whole time with us while we were there, and actually manning the booth with our supervision. Sometime in the midst of this we found out that the Sunset Lounge is at the center of the redevelopment in that area and that the City of West Palm Beach was putting $100 million into bringing it back to its former glory as well as building a theatre in the location that was being demolished (the building one of the kids we met said he used to live in). What I could not help but think was how with this redevelopment, these same kids that we met in the neighborhood who live in low-income housing are probably going to have to be relocated, once property values rise with all of the money being put into Sunset Lounge. Even in an article by West Palm Beach magazine on the upcoming development happening to Sunset Lounge, they hint at this when they said, “Most of the tenants who live in apartments on the site will be relocated”. 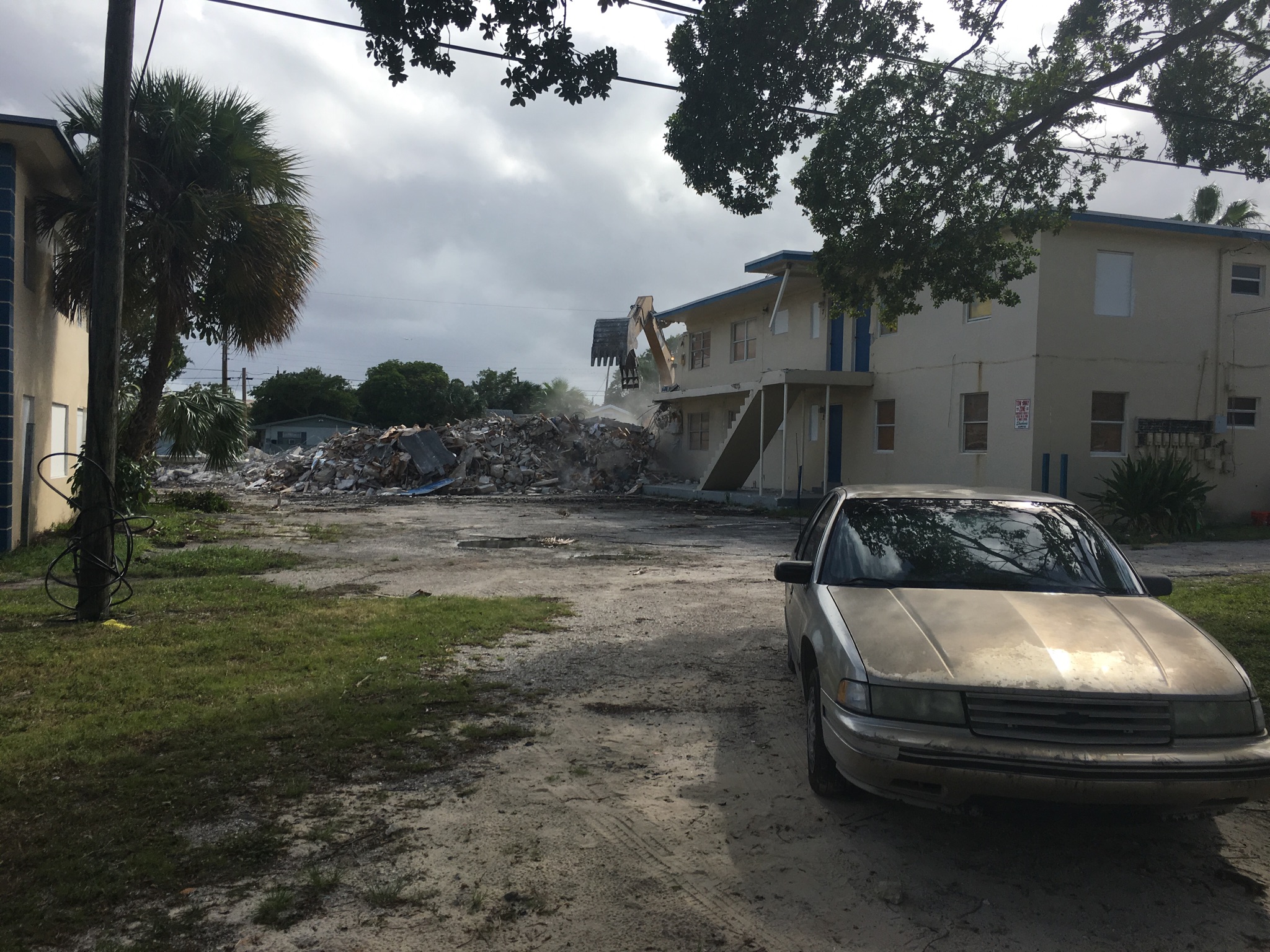