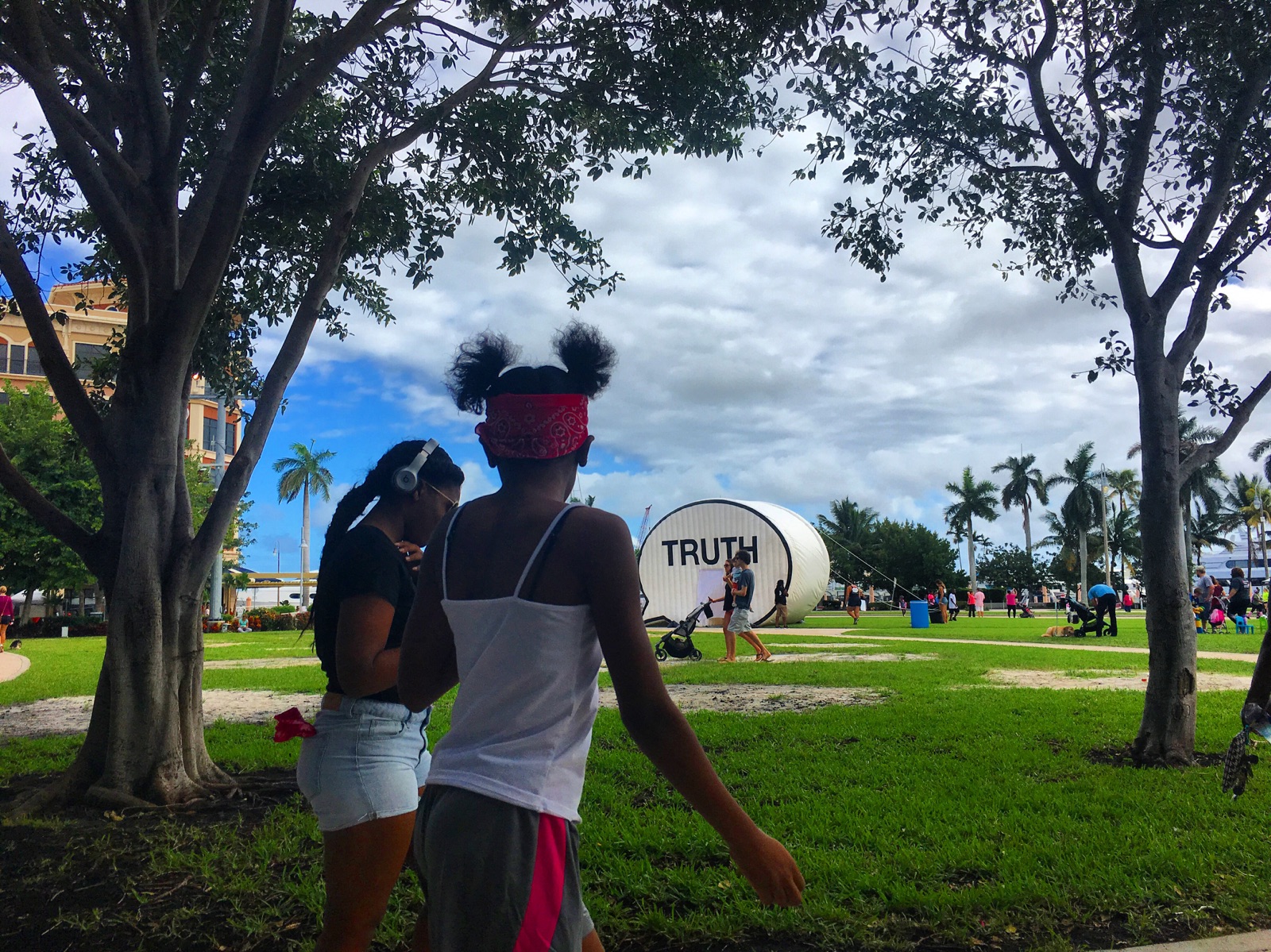 Though the tour continued for an additional stop in Atlanta, I flew home to wrap up some things for the tour in the studio in New York City. The last day setting up for me was at the Green Market on the West Palm Beach Waterfront. By this time our beloved tour bus and driver Craig, had already departed. We packed up all of our stuff into a U-Haul that the rest of the crew were taking to Atlanta. Setting up and breaking down the truth booth felt weird because I realized this was the last time that I would be doing this for some time and that the tour was finally over for me. I realized that I would be going home, back to the real world, outside of the bubble of truth and goodness, we had created on the road.

We stayed at the swanky Hilton in West Palm Beach the night before I left and I took the effort to really enjoy the moment, to realize that I had accomplished something by embarking on this journey across the country literally in search of everything true. I thought about all the locations we visited the people we spoke to. I think the biggest thing that I took away from the tour was just how important “the conversation” is – our ability to peacefully converse about our differences, our yearning to try to understand each other’s perspective, and our ability to agree and disagree sometimes, allowed me to realize that multiple perspectives of the truth can coexist.