Protests at the “RNC In CLE”

Probably the location that I was most apprehensive about being in was Cleveland for the Republican National Convention. There was an ominous feeling about the whole situation. The convention was right on the heels of the shootings in Baton Rouge where three police officers were killed and three injured. With Open Carry in the state of Cleveland, the fear was that protesters would be legally carrying guns and that there was potential for more gun violence during the convention. On the first day we arrived, I was told by a local that many people are staying inside for the convention, taking off from work and bracing for the storm.

The Monday of the convention the Truth Booth team had off and I was able to reach out to an activist friend in Cleveland and go to the End Poverty Now Rally, which brought out close to 3000 individuals all different causes, but all united under the idea that poverty should not exist in America in 2016. The supergroup Prophets of Rage, comprised of Chuck D from Public Enemy, three members from Rage against the Machine and B-Real of Cypress Hill performed at the rally right before the whole rally began a march toward the convention center in protest of Donald Trump and the RNC. The march was peaceful—not at all like you would imagine from the sensationalized articles that the media was writing at the time. There was a heavy police presence with police from all over America there to keep what Donald Trump likes to call “law and order”.

Protesters at the End Poverty Now rally in Cleveland, Ohio 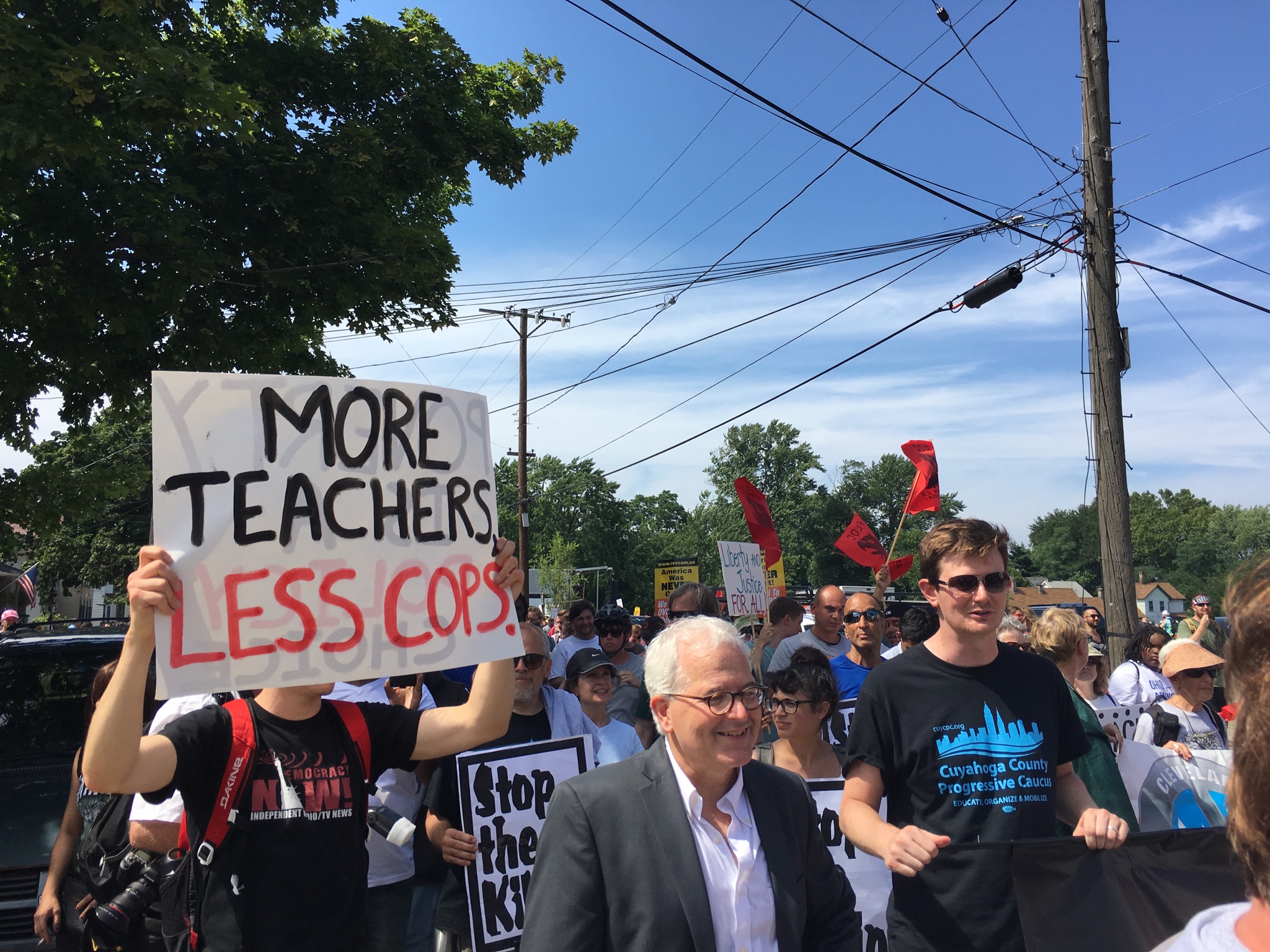 Protesters at the End Poverty Now rally in Cleveland, Ohio